If you are a grill enthusiast, you know the lifelong debate of Blue Rhino Razor vs Blackstone griddle. Both companies make fantastic griddles, and it can be confusing for you to pick the best one. Of course, if you are trying to buy your first griddle, you are in the right place.

Here is a complete guide that will help you decide between Blue Rhino Razor and Blackstone griddle.

Blue Rhino Razor Vs Blackstone Griddle: What Are These Brands?

Blackstone is one of the best companies for griddles as it has taken over the grilling world. It entered the market in 2005, and ever since then, it has become a pioneer in high-quality griddles. They aim to make grilling convenient with electric and gas griddles for the best results.

Blue Rhino Razor has been in the market since 1994 and creates propane tank griddles for you to use. They offer grills, griddles, accessories, and much more. However, most people prefer to stick to Blackstone for various reasons. 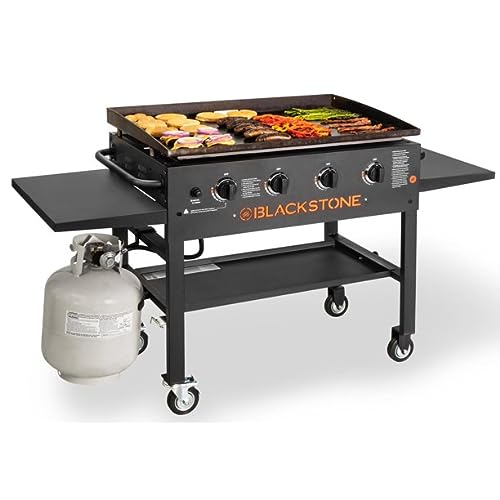 Do You Need To Season Blue Rhino Razor And Blackstone Griddle?

According to Blue Rhino Razor, their steel cooking surface is pre-seasoned, which is why you don’t need to season it. However, the brand does not offer any details as to how it is seasoned and what they have used. If you find the seasoning process frustrating, you can opt for the Blue Rhino Razor griddle.

Blue Rhino Razor Vs Blackstone Griddle: How Big Is The Cooking Surface?

The cooking surface can make or break your decision to buy the griddle. The Blue Rhino Razor has a cooking surface of 730 square inches. According to this site, the company claims that its griddles can handle at least fifty-six burgers, depending on the burger size.

On the other hand, the Blackstone griddle has a cooking surface of 720 square inches. According to the company, it can easily hold more than 70 hot dogs, but this is just a reference point. The only difference between the cooking surface is ten inches, which is why it might not matter to some people.

What Is The Heating Ability Of Blue Rhino Razor And Blackstone Griddle?

Heat distribution is one of the most important things to consider as it will affect the entire cooking experience. The Blue Rhino Razor has four stainless steel burners. These burners have 62,000 BTUs. Besides that, it also has a Sear Zone that will allow you to sear as you need it through the ignition.

On the other hand, the Blackstone griddle also has four stainless steel burners, but they have a power of 60,000 BTUs. You can begin this ignition with the help of the turn ignitor and the integrated push. 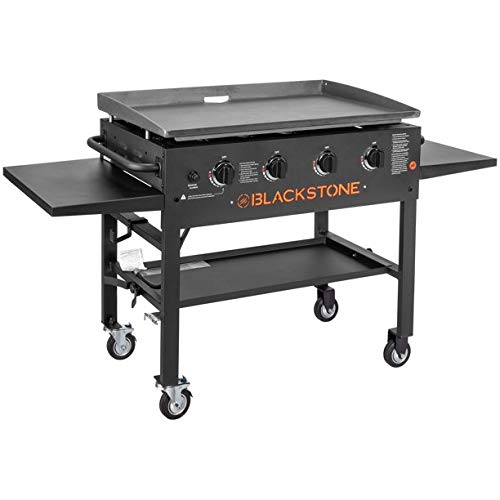 Blue Rhino Razor Vs Blackstone Griddle: What Are The Main Differences?

Here are the main differences between these griddles:

Blue Rhino Razor only makes a handful of models, and their price can be high. However, it will last you for many decades to come. On the other hand, Blackstone has many models, and each range of models has different prices, from high to low, which is why you can find something in your budget easily.

Blue Rhino Razor is easier to clean and maintain because its surface is pre-seasoned. On the other hand, some Blackstone models don’t come with a lid, and cleaning can be a hassle. That is because you have to season the griddle and then clean it later on.

The Blue Rhino Razor griddle comes with a pre-seasoned steel cooking surface. This means that the food will never stick to the surface, and it will be easy for you to use. On the other hand, the material of Blackstone is a rolled carbon steel cooking surface, which you must season first and then cook.

Another thing you must keep in mind is the warranty when buying a griddle. Most of the Blue Rhino Razor griddles will come with a warranty of between one and three years. Even Blackstone offers the same warranty time limit, but they take full responsibility for the damage and will immediately replace it so that you can enjoy your Blackstone griddle for a long time.