If you are a baker, you will be familiar with the function of yeast in numerous varieties of bread. Yeast causes bread to expand, which is what gives it its fluffy texture.

Bakers have been using yeast to prepare bread for many hundreds of years. You must select the correct amount of yeast for the bread recipe you are following. In order to acquire the desired texture in bread, yeast is necessary.

If you’re thinking about making your own bread, you might be wondering how much yeast is in a packet.

How much yeast is in a packet?

The packet contains ¼ ounce, which is equivalent to seven grams or 2 1/4 teaspoons. When you purchase yeast, it is usually sold in a package. Three packages are often sold together.

The general rule of thumb is that one packet, or slightly less than that, of yeast is required for most bread recipes. Yeast in jars or bags can be handy if you make a lot of baked goods. Packets of yeast are typically preferable because they avoid the risk of any moisture entering, which would affect the yeast. 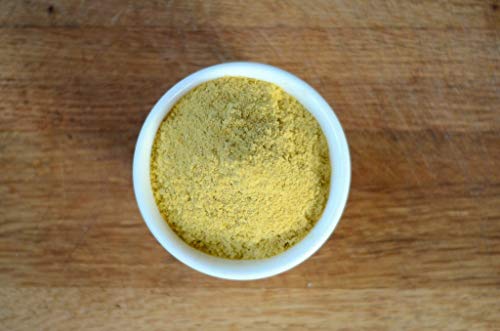 The yeast used to produce bread is a single-cell fungus that can only be observed with a microscope. When yeast is used to make bread, it performs two functions: ferments sugars and emits carbon dioxide. This causes gases in the dough to expand, allowing it to rise.

Yeast is not only required for bread to rise as it should, but it also helps the bread develop perfect flavor and texture. So don’t overlook the yeast if you want a light and fluffy loaf of bread!

Are all packets of yeast created equal?

Active dry yeast (most popular), instant yeast, fast-rising yeast, and rapid rise yeast are just a few of the varieties of yeast available on the market. You might believe that the quantity varies depending on the kind of yeast because there are so many alternatives.

There are no restrictions regarding type of yeast or other ingredients. The quantity is the same whether you use active dry yeast, instant yeast, or another variety of yeast—2 1/4 teaspoons or ¼ ounce.

Why the yeast-to-flour ratio is important?

Maintaining the appropriate yeast-to-flour proportion is critical for achieving satisfactory outcomes. If you’re not a seasoned baker, I also recommend that you don’t make any adjustments to the amount of yeast specified in the recipe.

In general, adding less yeast to the dough is preferable than adding too much. When you add too much yeast to the dough, it generates a lot of gas in only a few minutes. This makes working with the dough difficult and causes numerous quality concerns.

The bread might have numerous holes throughout it. It may taste or smell like yeast, or it may swell dramatically in the oven.

The excessive growth of yeast might also lead to the collapse of the bread. As a result, I advise against using more yeast than is required in the recipe merely to speed up the proofing process. It is unquestionably preferable to wait longer but end up with a fluffy and light loaf of bread.

Using less yeast does not produce as many difficulties as using more. As long as you don’t use too much, using less yeast simply implies that the dough will take longer to mature.

This isn’t necessarily a negative thing, however. Slow dough, on the other hand, is said to have a better flavor. The stronger the gluten network of the dough, according to bakers, the longer it takes for it to mature.

How to measure yeast?

A single packet of yeast contains 2 1/4 teaspoons and 3/4 tablespoons of product. If you bake with yeast on a regular basis, keep these measurements in mind.

But what if the recipe asks for amounts as little as 1 or 2 grams of yeast? Even the tiniest kitchen scales won’t be able to help with such tiny chores. This is when electronic measuring spoons come in useful.

If you’re someone who frequently performs such activities as weighing a few grams of yeast, investing in tiny measuring spoons might be a smart idea. But if you don’t have any specific equipment, remember that a 1/5 of a teaspoon is equal to a gram, and reduce it from there.

How to store yeast?

Yeast that has not been used should be kept in a cool, dry location away from direct sunlight and temperature changes. Once you’ve opened the yeast packet, keep it in the refrigerator or freezer.

Wrap the open yeast packet in cling wrap or seal it in an airtight container. Otherwise, the yeast will lose its effectiveness and won’t operate.