Zapp’s are crispy potato chips produced by Utz Quality Food, a firm based in Hanover, Pennsylvania. It was introduced in 1985 and is now one of the most popular chips in America. Zapp’s has a variety of tastes to fit most people’s preferences, but one key question remains: are Zapp’s vegan?

Zapp’s Kettle Potato Chips Regular, Voodoo, and Spicy Cajun Crawtator are all vegan. Several of the flavors might be animal-friendly because of the presence of natural tastes, which may come from both animals and plants.

Potato chips are not always vegan since they are prepared with potatoes, yet many brands of chips that aren’t vegan-friendly. 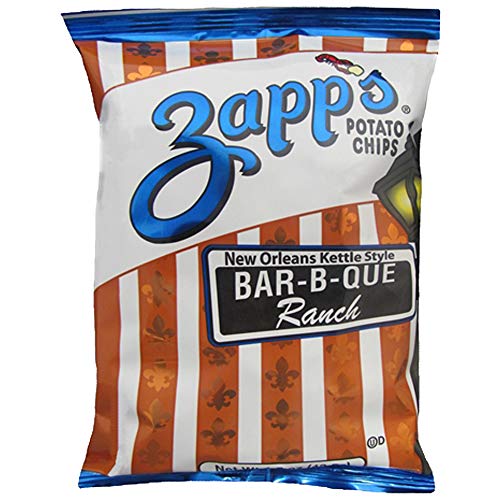 Ron Zappe, who earned a degree in industrial engineering from Texas A&M University and became a pump and other oil-field equipment distributor, launched the firm. His four firms went bankrupt during the 1980s oil bust; he relocated from Houston to Louisiana and began producing potato chips.

Why were Zapps Chips created?

His wife bought a bag of Texas-made kettle-fried chips. His spouse spotted a snack, and Zappe saw an opportunity to produce a chip similar to the one he’d had in Louisiana.

Zappe converted a former Chevrolet dealership in Gramercy, Louisiana, near New Orleans into a potato chip manufacturing facility after obtaining $150,000 in financing. He began producing a thicker-cut chip that was fried in peanut oil. The factory attracted teenagers looking for somewhere to park as it became a local attraction.

Zappe was no stranger to hard work, and while expanding his business, he could be seen distributing free samples of his chips at busy intersections in East Jefferson. The effort paid off, as did the continuous flavor innovation. Back in 1985, Zapp’s introduced Cajun Crawtators, which company officials claim was the first spicy potato chip

Zappe has now gone, but his company is still producing delectable tortilla chips in a variety of wild tastes (Jalapeno, Cajun Dill) in their chip manufacturing plants all around the region. And to think that without the Texas oil crisis in the 1980s, humanity may never have discovered the pleasure of munching Zapp’s VooDoo potato chips at a summer picnic.

Let’s take a look at the components that may be found in Zapp’s different flavors.

Artificial colors are widespread in the United States, and the question of their vegan-friendliness remains a topic of debate. Red 40 lake is an artificial color found in Zapp’s Kettle Potato Chips Evil Eye. There are several studies that associate red 40 to health issues, as well as animal testing being performed.

Because red 40 lake does not contain animal components, the vegan community is divided. The fact that animals have to suffer for us to be able to consume it is enough to classify it as non-vegan. We can categorize vegans into two groups: dietary vegans and ethical vegans.

This might make fake colors acceptable for vegan diets, but not ethical ones. Today, there are several other ways to do testing, such as sophisticated computer simulations that do not require animals. 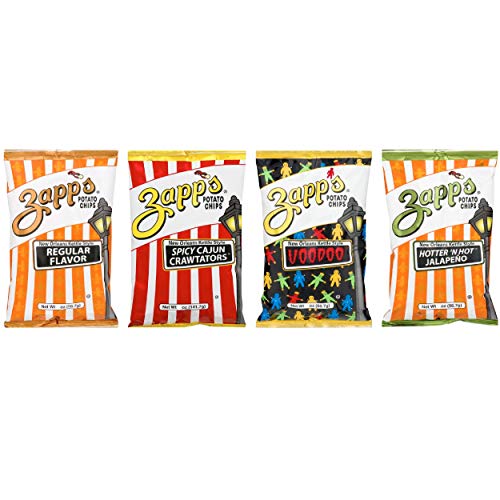 Sugar and dextrose are vegan-friendly in and of themselves, but the production process through which sugar is created in the candy and snack industries may not be. The most frequent sugar is refined cane sugar, which has been bleached to suit the requirements of the candy or snack.

Dead cow bones are a popular way to bleach cane sugar. Even though there is no proof that the bone char will pollute the sugar, it is still a non-vegan component because it is used in the production process.

The sugar used in Zapp’s chips has no obvious source, but it may come from beets, as the chips are indeed vegan friendly.

Corn and soy are both vegan-friendly and free of animal byproducts. The issue is the high amount of GMO crops cultivated. GMO crops require a lot of pesticides to achieve optimal yields, which has a severe ecological impact.

Water that has been tainted can be harmful to insects as well as other animals.

Natural flavors might be a difficult category to navigate, since it is a catchall term. As a result, the businesses may add any flavor they choose and label it as “natural.” This ingredient may include both animal and plant-derived components, which means you have no way of knowing where it comes from unless the firm specifies the source.