Edamame is a soybean product that is harvested when the plant is approximately 80% mature to be eaten as a snack, rather than a mature soybean plant used in tofu or soybean milk. Edamame’s high nutritional value has made it popular all around the world.

It has origins in Asia and is still a popular appetizer in Japanese and Chinese restaurants. However, while you enjoy the edamame, does it ever cross your mind whether or not you should eat the shells?

Can You Eat Edamame Shells?

No, you should not consume edamame shells because the outer layer is tough and takes a long time to chew. 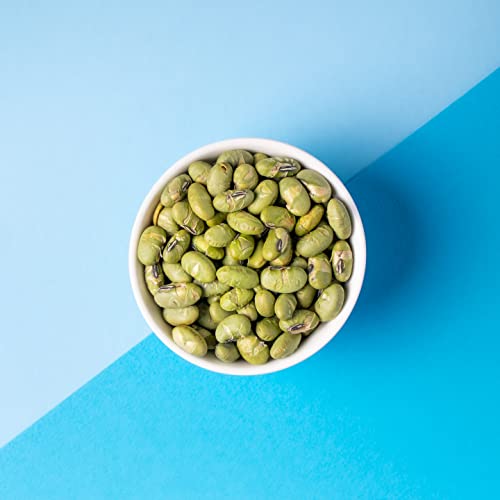 Edamame is a soybean plant. However, it is still in the early stages of development. It’s edible and pliable.

Edamame is wet, plump, and softer in texture than mature soybeans. It’s the stuff that tofu and soy milk are made from.

The name “edamame” is another example of Japanese. It refers to beans on a branch.

From seed to pod, it may take anything from 90 to 150 days. The pods should be mature enough for harvesting when they are bright green and grow to two or three inches long, with many plump seeds.

Are Edamame Shells Toxic When Consumed?

Edamame shells do not contain any contaminants that may be hazardous to your health. It is entirely safe. However, it will take you a long time before you are ready to swallow them after chewing for so long.

The inedibility of the pods is due to their hard texture, which makes them unpleasant for humans to consume. Furthermore, because our digestive system lacks the fluids and mechanisms required to completely digest the pods and absorb the nutrients into our bodies, we can’t benefit from them. As a result, you’ll spend time but not obtain much value.

Some users of edamame shells have stated that they felt like chewing gum and stayed in the mouth for up to ten minutes before being ready to swallow.

How to Avoid Eating Edamame Shells?

The edamame bean is delicious and nutritious. Take your time to eat the edamame. To taste the seasoning, place the unshelled snack in your mouth, grasp the pod with your front teeth, and pull out the cooked edamame bean.

What are the Health Benefits of Edamame?

It’s a superfood since it’s high in essential amino acids and is a plant-based protein. It isn’t considered a superfood because it is low in carbohydrates, so it won’t spike blood sugar levels. Because it has few carbohydrates, it slowly releases glucose into the circulation. This makes it great for individuals with diabetes or insulin resistance.

Edamame is also beneficial in preventing disease since it has antioxidants and anti-inflammatory effects. It’s been linked to a decreased risk of menopause and breast cancer.

Edamame has an excellent flavor, and it is better than the typical bland bean curd in terms of taste.

The taste of this pea green bean is similar to that of a pea. It has a somewhat buttery flavor with a hint of nuttiness and sweetness. The texture of edamame is slightly firmer than that of peas, but it is still soft enough to bite into. 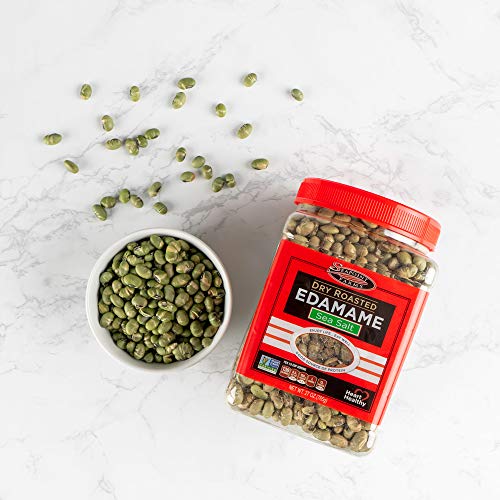 Can You Eat Edamame Every day?

Edamame is a rich soybean. It provides a lot of minerals and nutrients. However, it’s claimed that having too much of everything is harmful. Even eating more than you need of a highly nutritious food might become a problem.

So, eating edamame in moderation is suggested. Don’t wait for negative effects to occur before making the correct decision. If you have a soy allergy, don’t eat extra soybeans.

Is Edamame Bad For Women?

No! Edamame is a soybean packed with a variety of health benefits. These components make it an excellent choice for women of all ages.

Soy has been linked to a lower risk of several conditions, including heart disease and cancer. Soy appears to have protective effects against some forms of breast cancer in premenopausal women, according to research.

What Part of Edamame Do You Eat?

Edamame beans are cooked, and the shell is discarded. Edamame beans with the hull intact can be found in Asian grocery stores’ frozen aisles. The shelled beans may be incorporated to salads and stir-fries with ease and may also be used as a dip.

Can Too Much Edamame Make You Sick?

Edamame is generally safe to consume for those who aren’t allergic to soy. Mild side effects, such as diarrhea, constipation, and stomach pains, are possible.