Tuna is frequently served raw or barely cooked at restaurants and sushi bars. This fish is high in vitamin D, which may help with a variety of health conditions, but whether it’s consumed uncooked, you might be concerned about its safety.

Can You Eat Tuna Steak Raw?

Yes, raw tuna is perfectly fine to eat when prepared correctly, and it is in fact quite nutritious. Because the best pieces of tuna are typically reserved for this sort of eating, don’t be scared away from raw tuna steak. It’s becoming increasingly common at sushi bars and high-end restaurants. 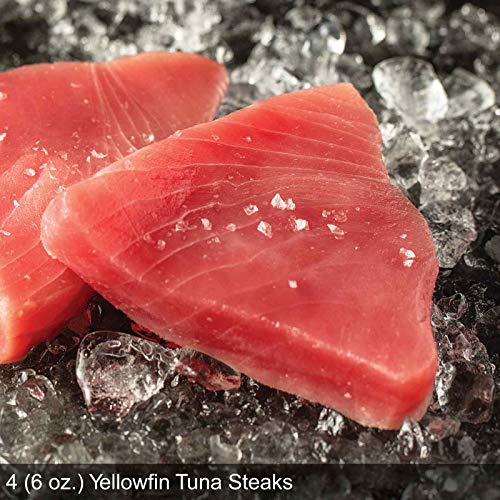 Why Would You Eat Raw Tuna Steak?

Tuna may be a tasty and nutritious food. It’s packed with protein, good fats, and little carbohydrates. Omega-3 fatty acids are also present in it, which have been shown to help the heart. Vitamin C, manganese, and zinc also contribute to increased immune function.

Many people like raw steaks, too. When canned or cooked, tuna is almost universally appreciated, so it’s no surprise that the raw version is well-liked by some folks. It’s a wonderful substitute and may be used in a variety of dishes, including sashimi and tuna tartare.

What are the Potential Dangers of Raw Tuna Steak?

Tuna has a lot of health benefits, but there are also some strong reasons not to eat it raw. There’s a danger of parasites, as well as high levels of mercury. It’s not advised for pregnant women or people with immunodeficiencies to eat raw tuna since it may spread disease.

Parasites are a major risk in wild-caught tuna. Although most parasites found in canned fish can’t harm people, some of them can be harmful. Parasites are present in practically all types of seafood, with the exception of caviar and salmon roe (which don’t contain viable eggs). Parasite infestations have been reported on every continent where seafood is consumed.

The majority of these do not have any negative effects, although they can cause nausea, vomiting, stomach discomfort, and other unpleasant symptoms. They aren’t regarded to be hazardous in and of themselves, but they are certainly bothersome.

The parasites are often destroyed by cooking, but careful handling will aid in their reduction in raw fish – and freezing is a great method to destroy them without having to cook the fish.

However, high levels of mercury may deter people from eating tuna, and while cooking does not remove the metal, the types of fish that are commonly consumed raw are also ones that are high in mercury.

The larger species of tuna, which eat a lot of smaller fish with mercury in them, are also more likely to contain high levels of mercury. Because they are less susceptible to eating contaminated food, small fish have lower amounts.

No, freezing is not guaranteed to eliminate all parasites, but it should kill off the majority and minimize the danger. Most restaurants freeze their tuna steaks for a set length of time before they are served, and the FDA has stringent standards to help improve parasite mortality.

How Much Raw Tuna is Safe to Eat?

This is dependent on the individual’s diet and eating habits. Raw tuna should only be consumed as a special occasion food, not as an everyday meal. Rather than depending on tuna to meet your omega-3 requirements, try to get them from other sources.

In some cases, raw tuna is seen to be a hazardous risk in any amount. Pregnant women and immunocompromised individuals should avoid consuming it.

The most at-risk individuals are older people and toddlers. It’s also recommended that nursing mothers avoid eating it so their children don’t acquire anything bad. 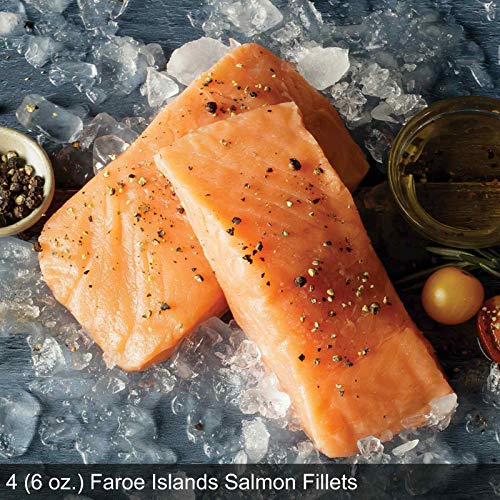 If you’ve eaten both raw and cooked tuna, you might be wondering if there are any advantages to eating raw tuna. While they have the same nutritional value and, as a result, health benefits, raw tuna poses a food-borne illness risk if prepared incorrectly before serving.

Tuna has a lot of protein and calories, but it is low in carbohydrates and fat. It also contains dietary iron, potassium, and B vitamins. Other components include selenium and omega 3 fatty acids, which are contained in the fat content.

Tuna is also high in fats, one of which is the beneficial omega-3 fatty acids. This nutrient is essential for the heart and brain. It also aids in the reduction of inflammation’s symptoms.

Selenium, another mineral element in tuna, has the same benefits. This mineral not only aids in the prevention of chronic illnesses but also lowers the risk of heart illness.