I didn’t have baking powder for one of my first experiences using a recipe. I had an abundance of cornstarch at the time, which I was unaware if it could be used to replace baking powder. I vowed never to find myself in that predicament again, so I investigated what alternatives I might use for baking powder.

What is Baking Powder?

Baking powder is a leavening agent that’s often used in baking. It consists of baking soda (also known as sodium bicarbonate), cream of tartar, and cornstarch.

When sodium bicarbonate and cream of tartar are combined with water, a chemical reaction begins that produces carbon dioxide. This process aids in the expansion and size increase of baked products. 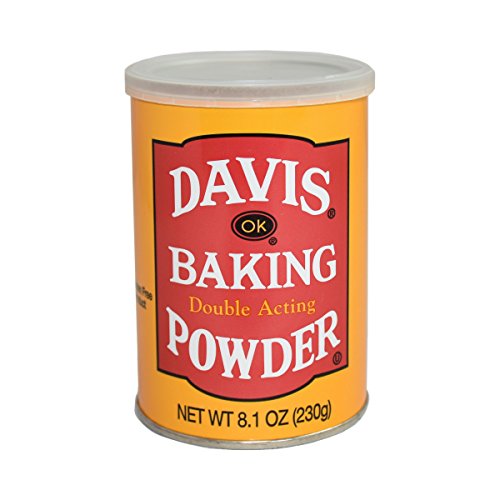 Cornstarch, often known as corn flour, is a starch powder that’s produced from the endosperm of maize. Cornstarch, like many starches, is used to keep things dry.

Cornstarch is a flour-like thickening agent that thickens sauces and stews when heated. 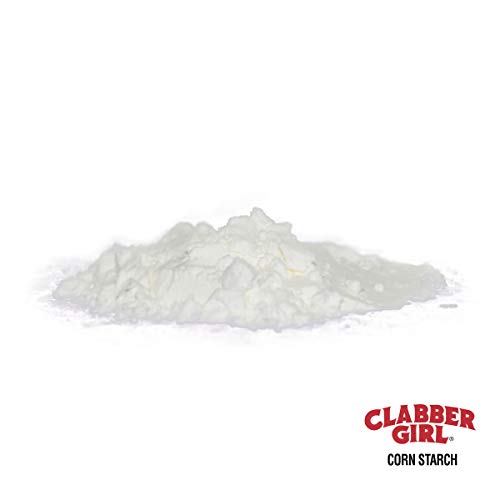 What’s the Difference Between Cornstarch and Baking Powder?

Cornstarch is a starch obtained from corn kernels. It’s most often used in the kitchen to thicken foods, but it may also be used to thicken soups and sauces. Cornstarch can also be utilized in fruit pies and pastries to prevent the filling from becoming too wet and causing the crust to get soggy.

Baking powder, also known as sodium bicarbonate, is a leavening agent that can be used to help baked products rise. Recipes that use baking powder often require an acidic substance such as buttermilk, lemon juice or sour cream, which helps the reaction take place. When baking powder comes into touch with an acid and is heated, it releases carbon dioxide gas, which allows cakes and quick breads to rise.

So, while cornstarch and baking powder may appear similar, they actually have very different functions in the kitchen. Cornstarch is used as a thickening agent while baking soda is used as a leavening agent.

Can you Replace Cornstarch with Baking Powder?

Baking powder contains cornstarch, so you may believe it can be used as a substitute for regular cornstarch. This isn’t the case, however. The amount of cornstarch in baking powder isn’t enough to provide the same thickening results as normal corn starch.

Baking powder has a strong taste that will be ruined by adding it in larger amounts, even if you do so in great quantities.

What Can I Use as a Substitute for Cornstarch?

In most situations, cornstarch is used as a thickening agent in baking and cooking, although it may also be replaced with potato starch, arrowroot flour, rice flour, or other similar starches.

What Can Be Used in Place of Baking Powder?

Baking powder is a leavener, which means it causes baked goods to rise. You may use another leavening agent in its place, such as baking soda. This easy method can also be used to prepare your own baking powder.

Can You Ever Use Baking Soda to Thicken Sauce?

Baking soda does not cause a sauce to thicken when added to it. Because baking soda is defined as a “base” in chemistry, it must be combined with an acid for the chemical reaction to occur.

Baking soda can neutralize the acidity in an acidic sauce, such as tomato sauce, but it will not result in a thickening effect. Instead, it is more likely to produce a bubbling or foaming reaction.

What If I Accidentally Put Baking Soda Instead of Baking Powder?

It may be easiest to start over if you’ve used baking soda instead of baking powder.

Baking powder is a combination of baking soda, cream of tartar, and cornstarch. When you use the same amount of baking soda in a recipe that calls for baking powder, you’ll get a metallic taste and an out-of-control rise. It’s conceivable that the cake won’t rise at all or that it will collapse.

Is There a Difference Between Cornflour and Cornstarch?

Cornstarch and cornflour are sometimes used interchangeably to refer to the fine white powder that is added to sauces as a thickener. However, there is a distinction between the two things.

Cornstarch is a fine, white powder made entirely of the corn kernel’s endosperm. The hull and germ are discarded, and the endosperm is crushed into a fine white powder.

Cornflour, on the other hand, is derived from the entire kernel. Cornflour is commonly used for breading and frying and adds a wonderful taste to fried meat and vegetables. It may also be used to make hearty breakfast dishes by blending it with waffle or pancake batter.