Spam is a canned meat product that was originally created in 1937. But it became most popular during the Second World War as a rationed.

Since the Second World War, Spam has remained a popular family meal that is more often consumed for its nostalgia than flavor or nutritional value.

Given how rich in fat the ham was, as well as the serotonin high that would undoubtedly be provided by the substantial quantities of salt and fat, Spam was loved both on the battlefront and at home owing to these factors.

Spam’s historical impact is undeniable. Most of the soldiers on nearly every side were fed Spam, which has been recognized as fueling much of the war efforts both at home and on the battlefronts.

Despite the fact that we don’t have to ration our goods any longer, Spam has retained its traditional popularity in many parts of the world, while Asian cuisines, for example, incorporate it for its versatility and nostalgia rather than owing to war.

However, you may be wondering whether you can eat Spam raw or if it is even cooked. We go through these questions and more in our article on Spam.

Can You Eat Spam Raw? 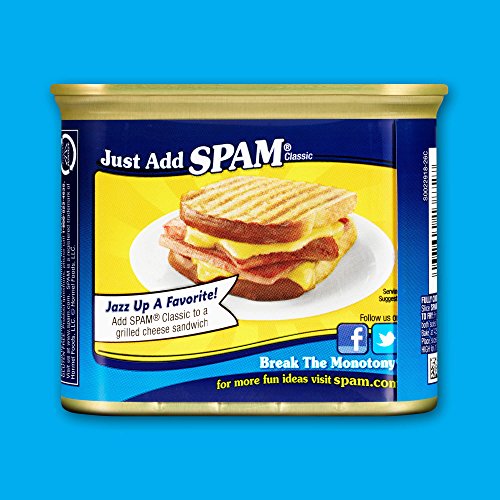 Yes. It’s been cooked ahead of time and canned. Spam is safe to eat since all canned foods are pasteurized during the canning process. As a result, you may eat it straight from the can, but the aroma of just opened tin can be slightly overwhelming.

Spam is a spicy, salty paste made of pork and beef trimmings that are combined with salt, spices, sugar, water, sodium nitrite (a preservative), and other ingredients.

The paste is then injected into cans of pork fat or beef tallow, where it hardens and cures. The sodium nitrate, which sounds unsavory, is in fact the preserving chemical in Spam. This allows Spam to keep ‘fresh’ for a longer period than pork could do on its own.

Furthermore, you may keep Spam in the fridge without it going bad, as opposed to meat.

Is Eating Raw Spam Bad for Me?

Although eating uncooked spam is not harmful to your health, it does have a distinct flavor. It’s packed with spicy pork and ham, which you may mix with other ingredients to form a hearty block.

It is precooked prior to packaging, which eliminates the hazards of consuming raw meat. When uncooked, it is a little greasy, although not as much as other types of less fat.

What is the Nutritional Value of Spam?

Spam, like other foods, contains a lot of salt, fat, and calories. It also has trace amounts of several micronutrients including zinc and potassium. Spam also contains Vitamin C in small amounts as well as magnesium, folate, and calcium.

How Long Should the Spam Be Cooked For? 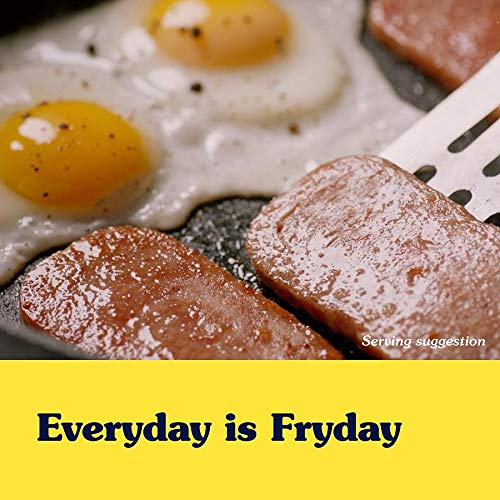 Even if you don’t have to, a hot supper is always superior than a cold one. The easiest way to cook Spam as part of a dinner is in the microwave or on a heated skillet over medium heat.

To prepare it, slice the spam and place it on a microwave-safe plate before heating it in the microwave. Cook for a total of 30 seconds before serving.

If desired or required, turn and cook for another 30 seconds if possible. To add four to five slices per batch, increase your cooking time by about 30 seconds.

To make fried Spam, you’ll need a medium-sized nonstick frying pan. Before slicing your Spam, preheat your pan over medium-high heat for a darker, crisper result. After that, fry your pieces in a hot frying pan until golden brown on both sides.

The brown Spam slice should take between two and five minutes to cook on each side, depending on the thickness. Naturally, the thinner the slices are, the faster they must cook.

How Long Does It Take to Boil Spam?

In terms of Spam, both the cooking method and the binding materials perform well. No matter how you slice, cube, or chop spam, it will not come apart in the pan. You may prepare Spam soup.

Boiled Spam, on the other hand, will lose some of its salt, oils, and flavor to the water. This is something to keep in mind. Personally, I’d still cook it over medium heat in a pan. The pre-frying will maintain some of the tastes while also giving you one that only fried Spam can provide.