Chickpeas have been cultivated for more than 6,000 years. They’ve been known by a variety of names throughout history. You could call them Indian peas, garbanzo beans or Ceci.

Chickpeas are used in a variety of cuisines throughout the world. Although the term “Indian beans” may mislead you, Jewish, Italian, and Filipino diets frequent use of chickpeas in many of their meals and recipes.

Many people are unaware that garbanzo beans and chickpeas are the same thing. Chickpeas are a legume and an important component in many culinary dishes, including seasonings and soups. Because of how they taste, chickpeas are highly valued and have a variety of applications in the kitchen.

Chickpeas are one of the most common and well-known legume foods in the world. Despite their bland appearance, they have a flavor that adapts to everyone’s taste buds. Chickpeas have a beanie flavor like other legumes, but they also have earthy undertones. Chickpeas’ flavor is comparable to pinto beans.

Chickpeas’ flavor varies depending on the cooking technique used. Because chickpeas have a mild taste, they go well with other dishes.

They have a smooth, grainy texture when mashed that isn’t too different from mashed potatoes. They are not only adaptable in the kitchen, but they also provide a lot of nutritional value. 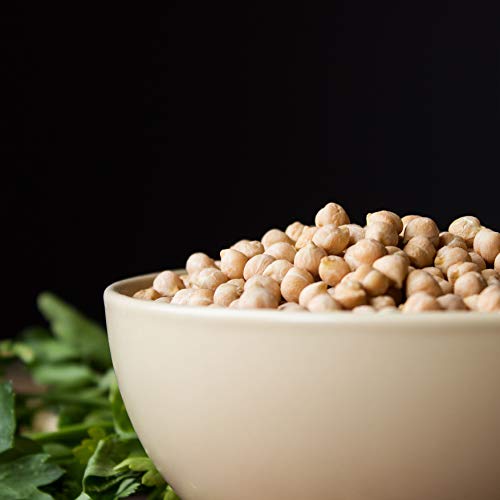 Chickpeas are a type of legume belonging to the Fabaceae family. Chickpea is the most well-known form, although other color options include black, green, and red.

It’s also known as garbanzo bean, Egyptian pea, Bengal gram, and chole. This protein-rich foodstuff is great for vegan diets or vegetarian or dairy-free diets since to its high protein and low calorie content.

How to cook Chickpeas?

Chickpeas come in cans as well as dried form. Chickpeas are a lot of fun to cook and are extremely simple.

Remember that after being soaked, chickpeas triple in size. The cooking time varies depending on how you cook the chickpeas.

Before you cook, soak the dried peas in a bowl with enough water over the level of the peas to triple their size.

Can you eat Chickpeas straight out of the can?

You may consume canned chickpeas straight from the can after draining the soaking liquid, as they are already cooked. If you’ve never eaten chickpeas before, this is a wonderful opportunity to sample them.

Chickpeas are often unappetizing straight from the can, but they may be roasted and eaten as snacks, particularly seasoned like roasted nuts.

How do you eat canned Chickpeas?

Chickpeas in a can are just as good. You may eat them in the same way that you would cooked chickpeas from dried form. For a fast protein source, rinse them and sprinkle on top of your salad.

How long do canned Chickpeas last?

Chickpeas that are still sealed can last a long time. For a rough estimate, check the expiration date on the can. An opened can of chickpeas won’t stay around for long.

You’ll have roughly three to five days to consume the chickpeas once they’ve been exposed to air. When you open your refrigerator, you’ll be greeted with an unpleasant odor.

What are the different types of Chickpeas?

Chickpeas come in two types: desi and Kabuli. Desi has smaller, darker seeds and a rougher surface than other cultivars. Kabuli is a larger bean with a smoother covering and a lighter hue than previous ones.

Chickpeas come in a variety of colors, including green, black, brown, and red, but beige is the most prevalent and well-known. They have a nutty flavor and a smooth buttery texture. Chickpeas that are canned, dried, or roasted are all options.

How to make Chickpeas taste good?

Chickpea’s mild, milky character makes it compatible with other, more powerful tastes like garlic and spices. You may try different cuisines from throughout the world to discover how to make Chickpeas taste good.

What is the Origin of Chickpeas?

The name “chickpea” derives from the French word for peas, pois chiches. It was based on the Latin term Cicer. Also in English, from the 14th to 18th centuries, the phrase “Chich” was used.

Chickpeas were domesticated from a wild progenitor (Cicer reticulatum), which is only found in Turkey. Chickpeas were cultivated in Turkey before spreading to the Mediterranean area around 6000 BC, and then to India around 3000 years later.

Chickpeas have been cultivated since ancient times, and some still found in Southern France are over 6,790 BC old. Some relics discovered in the Middle East have been carbon-dated and expected to be more than 9500 years old.

In 1793, a German writer noticed that roasted chickpeas were being substituted for coffee. It is thought that during the First World War, Germany established chickpea plantations for this reason.