I’m one of those folks who doesn’t own a measuring cup, so I just eyeball my ingredients. I have a cup at home that I use for all my measuring needs, and it tells me when the flour, sugar or milk is filling 1/4th of the container or half of the container.

The problem, aside from my reliance on my sense of spatial awareness, is that not everyone has the same cup, teaspoon, or tablespoon. While recipes aim to make things easier by using measuring units like cups because not everyone can measure in grams, ounces, or milliliters, this convenience comes with a drawback.

Cups and spoons vary from home to home, not to mention that not everyone can tell the difference between a 1/3rd cup and a 1/4th cup. 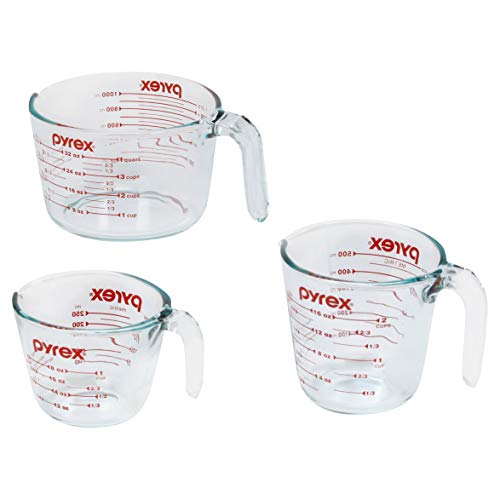 The full cup appears to be a complete circle. A half cup is a halving of the original size. A third looks like 1/3, and a quarter is 1/4.

What Is a Quarter Cup in a Measuring Cup?

For baking and other measuring activities, people tend to use their cups in the kitchen. A quarter cup might also be expressed as 0.25 of a cup, which is half of the half ( (US tablespoon)) or 4 tablespoons.

How Big Is a Quarter Cup?

A large egg is 1/4 cup, and a tennis ball is half a cup. A cup measures about the size of an apple or a baseball.

Take a cup then cut it into four equal parts and use 1/2 of it.

How Can I Measure a Cup Without a Measuring Cup?

If all you have are a couple of measuring spoons, you may convert to get the correct measurement for one cup. One cup is equal to forty-eight teaspoons or sixteen tablespoons. If you’re cooking or baking without measuring cups, a kitchen scale will come in useful.

Check Out What Can I Use if I Don’t Have 3/4 Teaspoon?

Can You Use a Mug to Measure a Cup?

A UK tea cup is roughly the size of a regular coffee cup, which equals 4 ounces in the United States. A coffee mug, on the other hand, can range from 8 to 12 ounces or more; therefore, according to most US standard cup sizes, a mug does not equal one cup.

What Is a Cup Measurement?

A single cup is equal to eight fluid ounces. In the United States, volume measurements for both liquids and solids are generally used rather than weight measurements.

If a recipe asks for a cup of flour or water, it does not imply that you must use the same volume each time. One-cup, half-cup, one-third-cup, and quarter-cup measures are common across all sizes of measuring cups.

The spout makes it difficult to level ingredients, so a dry measuring cup should be used for dry components like all-purpose flour, brown sugar, confectioners’ sugar, and cornmeal.

How to Use Liquid Measuring Cups?

Pour liquid into an appropriately sized liquid measuring cup on a flat, stable surface. Pour the liquid until it reaches only slightly above the line.

In order to measure accurately, slowly add liquid until the bottom of the meniscus is level with the graduation on the cup.

How to Use Dry Measuring Cups?

Add the dry ingredient in a wide-mouthed bag or jar. Dump the contents of your dry measuring cup into the container and lift it out, allowing the dry component to overflow from the top.

To level off the top of the cup, use a straightedge such as a butter knife, chopstick, or bench scraper.