Every baker strives for a moist cake, but achieving it may be more difficult than it appears. Vegetable oil can assist prevent a dry cake, and it’s commonly used as an ingredient in many recipes and packaged cake mixes.

Because it is simple to use and readily accessible, canola oil is one of the most popular cooking oils. The majority of vegetable oils will work in cakes, although some may alter the taste of baked foods.

You’ve come to this blog in search of answers on what the best oil for cakes is. I’m here to teach you. I’ll also inform you of some interesting stuff that you won’t want to pass up the opportunity to learn.

What is the Best Oil for Baking Cakes?

Canola oil is the most common type of cake oil. It has a minimal flavor that won’t compete with your cake. Even milder tastes, such as vanilla bean, benefit from canola oil’s mild taste.

Canola oil, on the other hand, is packed with health advantages. Canola oil has omega-3 and omega-6 fatty acids that are difficult to come by. It can also help reduce cholesterol levels and inflammation while also improving skin health.

Why Do Cakes Need Fat?

It doesn’t matter what sort of cake you’re making; it’ll require fat. Butter, although sometimes shortening or oil, is most often used in recipes.

Fat in cakes serves as a tenderizer, regardless of type. It’s what gives the light, airy, and crumbly texture we all enjoy. It also adds a bit of moisture to the cake, allowing your fork to easily glide through it like butter.

Finally, fat will add complexity to your cake. Consider the last time you ate a piece of cake. The exquisite taste that melted in your mouth is due to the presence of fat.

Are Cakes Better With Vegetable Oil?

Vegetable oil is a runner-up to canola oil in terms of health advantages because it does not have the same properties. Some may even claim that it is detrimental to one’s health in and of itself.

Vegetable oil is frequently used in cake recipes, which is perfectly acceptable. Vegetable oil is a fantastic alternative because it has no distinct flavor that would overpower your cake, similar to canola oil.

How About Olive Oil?

However, while olive oil is an excellent choice for baking cakes, you must be cautious because the flavor may overpower your cake.

If you’re using olive oil, opt for a light or extra-light one. This will aid in the reduction of any olive oil taste that may develop in your cake. 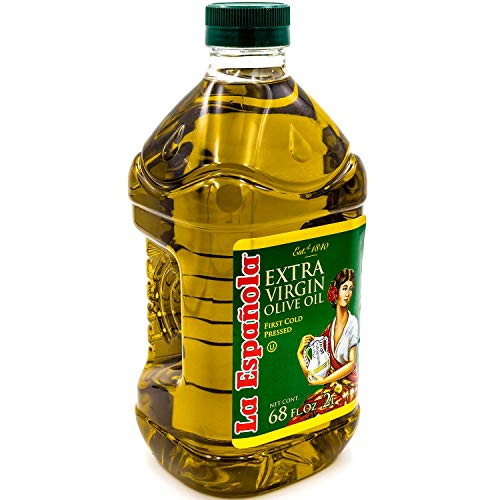 Why Choose Oil Based on the Cake You’re Baking?

Any sort of cake can be made with canola oil and vegetable oil. However, if you want to add a specific flavor to certain cakes, you may use a complimentary oil.

You may use a variety of oils to enhance the flavor profile. For example, if you’re baking with macadamia nuts, consider using macadamia oil to bring out the flavor. You might want to try coconut oil on light and fruity tropical cakes in order to bring out the ingredients’ distinctiveness in an interesting way.

What Are The Other Kinds Of Oil You Can Use In Baking?

The finest oil for baking is any neutral-tasting cooking oil when you do need an oil substitute. This is due to the effect of the taste of the oil on your meal.

This oil is produced from corn and is another popular cooking oil. It, too, has a high smoke point, making it perfect for grilling and deep frying. It’s more expensive than canola and vegetable oil, but it has a neutral flavor that makes it suitable for baking.

The disadvantage of coconut oil is that its flavor may conflict with the flavor of whatever you’re preparing. While it isn’t an unpleasant aroma, if the taste isn’t supposed to be there or isn’t compatible with the other tastes, it can be a surprising taste.

Palm oil is a low-cost oil that may be used in a variety of ways. It solidifies at higher temperatures than other oils, but it remains liquid in our tropical climate. It can also be kept liquid by processing it, making it useful for cooking.

What Is the Healthiest Oil for Baking Cakes?

Extra-virgin olive oil is the healthiest choice for baking cakes, but if you’re concerned about the olive oil flavor overpowering your cake, canola oil is the next healthiest alternative – and it won’t change the taste of your cake in any way.