When preparing with vegetables, it’s easy to swap one for the other, and substitutions are especially simple with common veggies like potatoes or peas. It does get a bit more difficult to come up with alternatives for veggies that are less conventional.

What is the Best Substitute for Broccoli Rabe?

Broccoli rabe is typically replaced with mustard greens in Italian cuisine, which have a taste and health benefits that are comparable. Because most people replace broccoli rabe for health or flavor reasons, mustard greens are the ideal replacement either way. 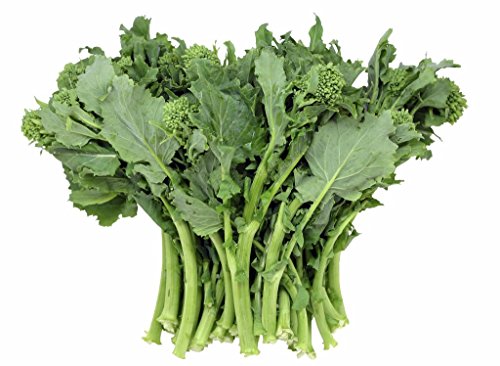 Mustard greens are a great alternative for broccoli rabe. They look and taste the same, making them a suitable option in a variety of circumstances.

Broccoli rabe is actually more comparable to mustard greens than broccoli. They both have a somewhat bitter flavor with an earthy undertone and may complement your meal in many ways.

There is no disadvantage to using mustard greens in place of broccoli rabe. It has a lot of versatility, and it offers a slew of health advantages as well. Mustard greens, for example, include bile acid, which can assist you reduce cholesterol levels in your body.

Chinese kale, also known as Chinese broccoli, is a leafy vegetable with glossy blue-green leaves. It’s a brassica vegetable, and it offers a variety of nutritional benefits.

It is wonderful in the form of steamed or sautéed, and its slightly harsh flavor blends well with that of broccoli rabe.

Chinese broccoli is high in fiber, vitamin E, and beta carotene, as well as other nutrients.

Collard greens are widely regarded as the king of salads. In terms of salad making, there’s nothing comparable to collard greens. These greens will more than suffice in the place of broccoli rabe.

They’re a member of the cabbage family, and they have similar health benefits as broccoli rabe but with a far stronger flavor.

Collard greens can also help to balance your cholesterol levels. They also include magnesium, which has been found to be beneficial in the treatment of depression symptoms.

Turnip greens, much like mustard greens, have a spicy flavor. They have the earthy flavor of roots, similar to that found in broccoli rabe, but also have a peppery taste that adds depth to mustard greens.

They appear to be somewhat distinct in appearance. They’re just as nutritious and simple to find as mustard greens. Turnip greens, while not quite as near to broccoli rabe as mustard greens, are nevertheless another wonderful choice, especially if you want a stronger, more distinctive taste.

Spinach, while basic and common, can be used as a substitute for broccoli rabe. Spinach, like any other leafy green, is high in nutrients.

Spinach is readily available in most supermarkets, making it quite simple to come by. It lacks the stem and texture of lettuce, but it does have a similar earthy taste that can be eaten raw or cooked.

Dandelion greens can be more easily substituted in cooking than they can when eaten raw. The stems of younger dandelion greens are generally shorter, and the leaves are larger, closer to broccoli rabe.

They have a harsh flavor that fades as they become cooked. Although you may consume them raw and prepared, it is best when wilted and cooked in your usual broccoli rabe recipes. 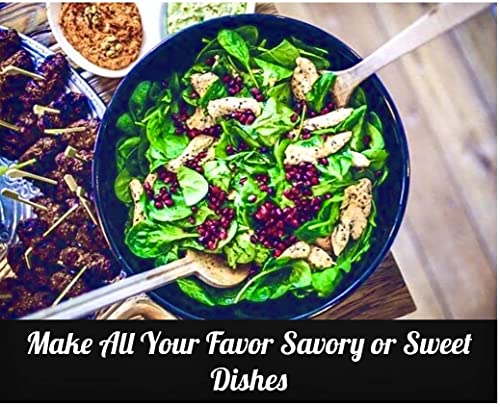 Arugula has a flavor similar to broccoli rabe, but it differs in appearance and texture. Arugula has a very pungent, fiery taste that stands out in salads.

While you may cook arugula, it’s typically eaten raw and is frequently included as a leaf in salads. Using arugula instead of raw broccoli rabe would be fantastic and would add a lot of flavor to your meal.

What Is Broccoli Rabe?

Broccoli rabe, also known as rapini, is a cruciferous vegetable with delicate leaves. It also has buds that look like those on broccoli but lack the broccoli’s huge head.

Broccoli rabe is widely eaten in many countries, although it is especially popular in Italian cuisine. Its strong flavor makes it a great match for other ingredients with powerful tastes, such as garlic and sausage. Another advantage of broccoli rabe is that you can eat the entire plant.

There are several health advantages to broccoli rabe. Its high water volume helps those who have trouble staying hydrated while also providing a lot of fiber to aid with digestion.

Most professionals will advise that you blanch it before cooking, but don’t worry; there are other methods available with this one. Blanching is particularly useful since it helps to decrease the rabies bitterness while also preventing the flavor of other ingredients in your dish from being overwhelmed.