Hard-boiled eggs are frequently chicken eggs with intact shells. To cook eggs, plunge them into boiling water and simmer for about 15 minutes. This hardens the egg white as well as the yolk.

Chicken eggs are more popular than other bird eggs since they are easier to peel.

Boiled eggs are commonly overcooked. Every person who has ever cooked boiled eggs has overcooked them at some point. It’s very simple to fall into the trap of there is no such thing as too long when hard boiling eggs since it does not appear to make a difference.

Can you eat overcooked boiled eggs?

Yes, overcooked boiled eggs are safe to consume. It is fine to eat an egg that has a green hue around the yolk if it was fresh when cooked and was properly cooked. Don’t be concerned about overcooking your eggs. 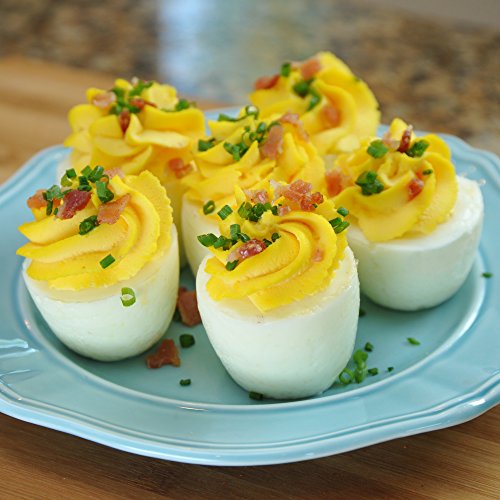 Yes, if they were made with fresh eggs, overcooked boiled eggs should always be fine. There are no toxic chemicals or reactions occurring.

You may have heard that eggs’ sulfur content causes hydrogen sulfide to be released. Even if they produce some gas while being overcooked, the amount of sulfur in eggs is safe for people. It won’t harm you even if they release a little amount of gas into the egg.

How to tell if an egg is overcooked?

When an egg is heated above its recommended boiled temperature, proteins within the egg begin to unravel into longer structures, causing the yolk and whites to coagulate into a solid at a micro level.

However, if the egg is subjected to overcooking or excessive heat for an extended period of time, the protein molecules’ structural structure begin to break down and interact with the surrounding chemicals, creating a chemical known as hydrogen sulfide. This produces a green or olive-green film across the surface of the yolk that is immediately visible.

What makes the green layer on a boiled egg yolk?

When you cut up a boiled egg, you may occasionally see a green layer around the yolk’s interior. This green coating is completely safe. It’s caused by iron and sulfur in the egg reacting with the yolk’s surface and it won’t hurt you at all.

Even though you haven’t overcooked the yolk, you might occasionally see this ring around your egg’s yolk. That usually indicates that there’s a lot of iron in the water you used to boil the egg.

Don’t forget to check out Egg Substitute for Cornbread

How long should you cook an egg to hard boil it?

A boiled egg should be cooked for nine minutes, or up to twelve minutes if you prefer a firmer center. Longer cooking times are generally considered overcooking and while they aren’t harmful to your health, there are drawbacks.

Although there are several alternative methods, many individuals prefer to begin by putting their eggs in cold water. After that, it should be heated to a boil on a high flame.

After the water comes to a boil, you can turn off the heat and cover the pan with a lid. Set a timer at this time. The center will be somewhat soft but still firm after four minutes; twelve minutes will fully cook the centers.

Take them out a little sooner if you want an easier-flow, more liquid yolk. Of course, the speed at which the egg cooks will be influenced to some extent by its size, so keep that in mind when timing it. A big egg will take longer to cook than a tiny one due to various factors such as size and shape.

Remove the eggs from the pan and plunge them into ice water after their allotted time. This stops them from cooking further. If you leave them on one side, the heat within the egg will continue to cook it, resulting in overcooking.

Are there disadvantages to overcooking a boiled egg?

Unfortunately, overcooking a boiled egg destroys both the taste and the texture of the egg, making it a much less pleasurable meal.

An overcooked boiled egg may be rubbery. If you didn’t notice your eggs had been on for a few hours and only discovered they were ruined much later, the whites may have lost their suppleness.

An overboiled egg can cause an unpleasant experience, it might be rubbery to eat. The yolk can also be ruined. When it is overcooked, it becomes chalky and dry, no matter what its color.

The flavor of an overcooked egg is also unpleasant. Many individuals report that the sulfur in a cooked egg is much more apparent, resulting in an unpleasant experience. If you’re going to eat a overcooked hard-boiled egg, you may want to mask the taste with sauce or spices.

Find out if Bread Have Eggs