Storing meat correctly and safely might be difficult, but it’s essential to do so since you don’t want to discover that your ham has gone off before you had a chance to eat it. These are often big pieces of meat, so you’ll want to make the most of the shelf life by storing them properly.

How long can a honey baked ham stay in the fridge?

Honey baked ham should be kept in the refrigerator at all times and will last around five to eight days. If you don’t think you’ll eat it up during this time, it’s a good idea to freeze it in portions that can be defrosted and consumed later. 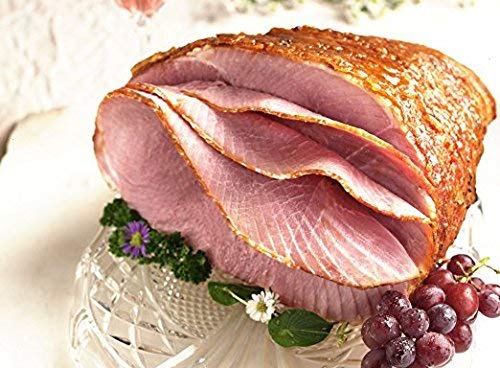 How can you tell if a ham is okay to eat?

If you’re unsure about a honey baked ham, the best thing to do is throw it out and not eat it. However, if you want to examine, there are several indications to look for, such as sliminess or a peculiar odor.

Examine the ham carefully once you’ve taken it from the refrigerator. Check for mold spores on the skin of the ham or any change in color. Next, sniff the meat, if it has an unpleasant sour or musty odor, bin it; it is now hazardous to eat.

Will baked ham last for long in the fridge?

A ham can last up to eight days in the fridge. Some manufacturers claim that their product will keep longer than this.

So if you like, use the best before date on the packaging as a guide. But be cautious about consuming ham that has been kept in the refrigerator for more than eight days.

Although these items are meant to endure as long as possible and will survive far better than fresh meat products such as prime rib, ham does not last indefinitely, and after about a week, it begins to decay.

How long will defrosted ham last for?

If you’ve defrosted ham in the freezer, you might be wondering how long it should stay in the refrigerator before being eaten. This is somewhat dependent on when you froze it, but in general, it should be utilized within a few days of thawing.

You may be able to stretch this guideline if your ham was frozen quickly. Given that ham has an eight-day shelf life when fresh, it might last four or five days in the freezer if you store it on the day you acquire it – but be cautious and don’t eat any meat that smells odd.

Can you leave honey baked ham at room temperature?

No, you can’t. Although it may be tempting to have ham ready to eat whenever you want a slice, it will go off quickly if kept at room temperature. Anything over 40 degrees F for more than two hours will make the meat inedible.

Can you freeze honey baked ham?

Yes, you can freeze baked ham, and this is one of the greatest things to do with it if you don’t intend on using it all up right away. Because it’s costly, you probably don’t want to waste any of it — in which case, dividing it up and freezing it is the ideal solution.

It’s fine to freeze a ham for around six weeks, allowing you almost a month to enjoy it. It should stay fresh for an exceptionally long time, but after about six weeks, the quality and texture will begin to deteriorate.

It’s a good idea to cut the honey baked ham into pieces and then wrap each one individually so that you can just defrost as much as you need. Pre-sliced honey baked ham is excellent for fancy sandwiches and snacks, and all that is required is to wrap a few portions in aluminum foil to make this easy.

When you’re ready to eat your ham, don’t leave it out at room temperature because germs will grow in the outer flesh before the interior is even thawed.

In comparison to fresh ham, canned ham has a longer shelf life. It’s best if you use it as soon after opening as possible, but no more than two weeks later (as with any other type of canned food). When it comes to canned ham, there is a “best-by” date on the can, and it keeps its quality for a few weeks past that date.

What happens if you eat bad ham?

You can become ill if you eat food after the expiration date and it has gone bad. Food poisoning, which is caused by contaminated food, may cause fever, chills, stomach cramps, diarrhea, nausea, and vomiting.